Home Events Glimpses Of Cotterstock’s Past 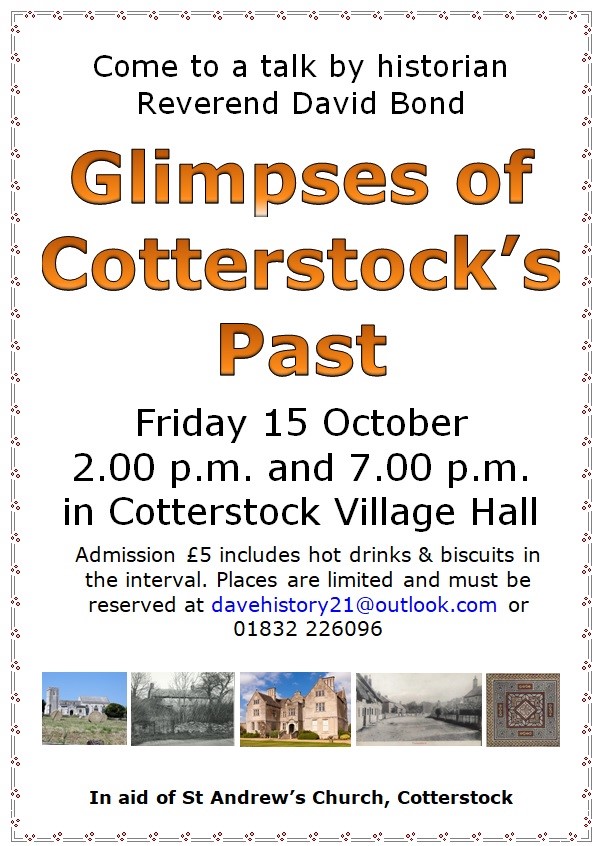 For such a small village and parish (one of the smallest in Northamptonshire) Cotterstock has a surprisingly interesting history. Several things about it are unusual: it was the site of a major Roman villa, it was the place where one of the earliest Chantry Colleges in the country was founded, it has a fascinating seventeenth century hall with links to the poet John Dryden and, by using a combination of census material and the parish registers, we can build up a picture of what the village was like at the end of the nineteenth century. None of these were unique but it is the combination of so many unusual features in such a small community that makes Cotterstock’s history and its impact on Oundle and the surrounding villages so interesting.