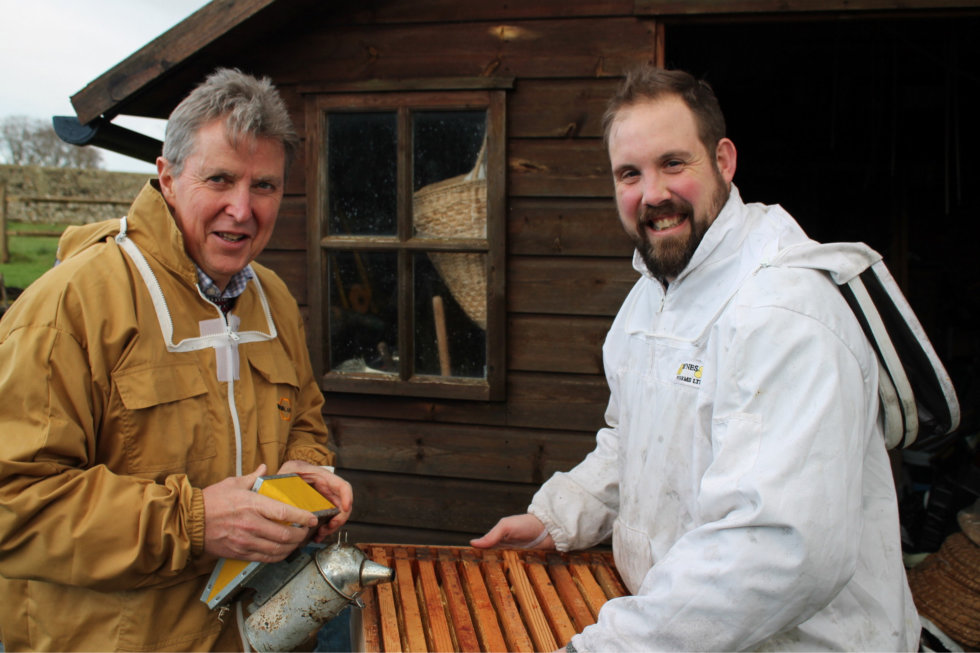 After a chance meeting in the pub, Roger Morgan-Grenville and his friend Duncan decide to take up beekeeping. Their enthusiasm matched only by their ignorance; they are pitched into an arcane world of unexpected challenges.

Coping with many setbacks along the way – stings are not even the half of it – they manage to create a colony of beehives, finishing two years later with more honey than anyone knows what to do with. By standing back from their normal lives and working with the cycle of the seasons, they emerge with a new-found understanding of nature and a respect for the honeybee and the threats it faces.

Wryly humorous and surprisingly moving, Liquid Gold is the story of a friendship between two unlikely men at very different stages of their lives. It’s the story of colourful characters – such as Viktor, the Ukrainian bee farmer based in Oxfordshire, who has no less than 800 colonies over 100 square miles – as well as the bees themselves (did you know for instance, that the German, or North European bee is viewed as efficient and aggressive; the Italian bee is polite but idle and the Carniolan, or Slovenian bee is gentle and productive, but is inclined to swarm?)

‘One jar of honey is the result of the combined efforts of over 20,000 bees over a period of time, and they will cumulatively fly 50,000 miles and visit two million flowers in order to produce it…’

‘Beekeeping builds from lark to revelation in this carefully observed story of midlife friendship. Filled with humour and surprising insight, Liquid Gold is as richly rewarding as its namesake. Highly recommended.’ – Thor Hanson, author of Buzz: The Nature and Necessity of Bees

Roger Morgan-Grenville was a soldier in the Royal Green Jackets from 1978 to 1986. After leaving the army he ran a small company developing kitchenware. In 2007, he helped to set up the charity Help for Heroes. This is his fourth book.